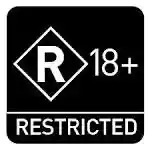 To Be Continued,Sorry For The Late Update,Kindly Help Us By Commenting And Sharing The Post With All Your Social Media’s, God Bless You As You Do