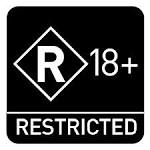 It was 9pm on the 30th of April on thursday night, I was so tired after the day’s job. I left the office at around 5pm after closing for the day. I left with a parcel which was sent from abuja to one Mr femi who used to be our regular clients and I was chosen to deliver the package to him in his house as it was my new job and first delivery. He actually arranged for an home delivery with my branch manager. I was given the address and
description to his house and also his phone number. I went to his house after closing of the day but he wasn’t at home. I called him to inform him about his package and he told me to keep it till the following day an bring it to his house. From there, I went to adenike’s house who happened to be my new girl friend who lived very close to Mr femi’s area. I got there at 6:38pm and dropped my “back-bag” ontop of her bed. I was relaxing wen she was offloading my bag to find the fruit I brought for her. The parcel was inside an enveloped wrapped in a polythene bag which I put in my bag with adenike’s fruits, my mini-laptop and some other items. I went outside to purchase recharge card and before I came back inside, she had re-arranged the bag we had romance and made love together till 8pm that I left her place for my house. I entered my room, prepared a spiced spaghetti for dinner, proceed to the bathroom and had a shower. At 10:45pm, I picked my android phone, inserted an earpiece into it and plugged it into my ear to listen to music. That was how I slept off while music was blasting into my ear. A small stone hit me on my head while sleeping and it actually woke me up, I managed to strain my sleepy eye and open it, the next thin I saw was a gun pointing to me from the back of my window. On seeing the gun, my eyes opened wide. ***I saw that the net behind my window was torn with blade and the aluminium window was forced opened with an iron rod, the burglary inside wasn’t tampered with . All this happened while I was sleeping with music blasting into my ears**. A thick voice answered from outside. THEIF: ogbeni, stand up ***with gun pointing towards me*** ME: ***i passed a hot urine instantly*** THEIF: do you want to die? ME:: **shielvering** no sir!!!!. THEIF: if you know you don’t want to die, just don’t make any noise and shut up. ME: ok sir!!!***holding my lips and passed another urine as I was looking at the gun***** THEIF: now stand up and open your door. People are out there waiting. If you make any noise, I will blast your head from the back. ME: ok sir!!!, I stood up and opened the door. Forcefully, 2 huge guys and a lady entered and push me away. ” Face the ground!!!!” Yes sir “If you look up, I blast you” Yes sir They searched everywhere, opened my bag and took my phones and laptop while I was still facing down. LADY THEIF: where is the parcel you brought home today? ME: ***the voice sound so familiar but I couldn’t figure it out**** I didn’t have any parcel sir ma**stammering** LADY THEIF: **points gun at my head** ogbeni, look up and see the death on your head. If you don’t tell me where the package is, I will blast your head to pieces. ME: I passed another hot urine again. This time, the voice was getting more familiar, I manage to look up at the lady thief. “Whaaattttt!. It was labake, my Ex-girl friend of 3years at the university.”.  Our eyes met. She was marvelled and I was amazed, I wanted to call her name. As I opened my mouth to talk, labake landed a heavy slap on my face “gbosaaaa”. I fell flat on the floor,  LABAKE: guys let’s go, there is nothing like what we are looking for in this room.