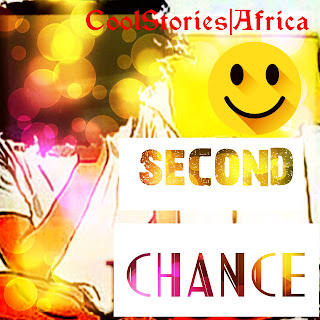 EPISODE 2
‘are you Alice Tarulba?’ he asked.
‘yes and why are you here? Do you want to steal, i
will call the receptionist immediately’ she said and
he laughed.
‘you are funny, arent you? This is my company i run
this company’ he said. She looked at him in
disgust.
‘arent you too young to run a company?’ she asked
‘your credentials are okay you know. You might
want an aptitude test’ he said ‘sit down’ and she
did.
‘i am going to make it oral. Your test goes this
way. Why are you so arrogant miss Alice Tarulba?’
he asked
‘what?!’
‘if you can answer my question correctly then…….’
She stood up immediately ‘excuse me, i am here for
an interview, not to play!’
‘calm down miss Tarulba. Goodness you’ve got
such a temper. I will give you the job alright?’ he
asked and she became shocked.
‘what!’
‘i will give you the job i say’
‘oh thank you. God bless you, you are the messiah.’
shetr thanked him over and over again.
***
Alice smiled to herself as she remembered these
events. Something she would cherish and never
forget as far as she lives. The memories with
Benjamin was something she would always cherish.
When she was employed as the secretary, she
realised that Benjamin was not as bad as she
thought.
True she was an arrogant lady, she hardly ever says
sorry or appreciate anything one does for her but
Benjamin changed her, he changed her life.
*********
Even her parents and folks were surprised and
began to idolize Benjamin. Before anyone could spell
Jack, Benjamin started courting her. He loved her
and she loved him.
Then he proposed to her and she accepted. A week
to their wedding, he took her for shopping and on
their way back, they got into an accident. The
windglass got broken and Benjamin had used his
body to cover her to prevent the broken glass from
hitting her and it pierced him. She had shouted and
taken him to the hospital but he did not make it, he
died.
She could still remember his last words ‘i…….love
you Alice. Take care’ he breathed his last.
How she cried then.
She realised she was sobbing aloud like he just
died. He’s been gone for six years now but she
hadnt stopped thinking about him even for a
moment. Ever since Benjamin died, she lost her
smile. Nothing could make her happy. She couldnt
remember the last time she laughed aloud.
Benjamin would never have wanted her to be so saf
and moody over his death. She tried to be happy
but she just couldnt. She just couldnt smile at all.
****
Tony Brown knocked loudly on Maria’s door. He
could hear little sobs from inside and he was sure it
was from Maria.
‘Maria dearie pls open the door, i beg of you pls’ he
said as he tried to open the door.
She finally opened the door. Her eyes were puffy. On
her bed laid pictures of late Naomi. Now he knew
the reason she was crying. He hugged her and
wiped her tears.
‘stop cying my dear, all will be well soon’ Tony
said. He too couldnt stop himself from cdropping a
tear.
‘daddy, i miss mummy, i miss her so much. Today
marks ten years of her demise’ she said releasing
herself from her father’s hold.
Tony shook his head. He had been moody
throughout in the office but he didnt know why.
Now he knew the reason. He couldnt stop thinking
of Naomi.
********
He had missed Naomi so much and everyday he
yearned for her and so did Maria. She couldnt stay a
day without telling anyone who cared to listen how
good a mother she had. Maria had even begged
Tony to cahange her name to Naomi, she wanted to
bear her mother’s name. She had begged Tony to
keep her late mother’s clothes for her to wear when
she had grown up. Even though the clothes were old
fashioned now, she still wore them from time to
time. Maria was Tony’s precious jewel, he would do
anything to make her happy. He wasnt able to
treasure Naomi for so long but he vowed to treasure
Maria, the only child Naomi bore for him. Naomi
died during child birth. She was giving birth to
Tony’s second child but she died in the process, the
baby also dying in the process,
‘dad will i ever see mum again?’ Maria asked. The
most stupid question ever.
‘no my dear, but just know that she still lives in you,
my love’ he managed to say
‘i want to see mum again. Even though its been ten
years since her demise, i still remember all the
memories we shared together’ Maria said.
Tony used his sleeve to wipe her tears.
‘dad you must promise me that no woman will ever
take mum’s place in your heart. Please do not bring
another woman here.’ she said facing her dad with
tears filled eyes.
Tony smiled and shook his head
‘i promise you Maria’.He said as she smiled and
hugged him dearly,
****
The telephone rang and Rhoda picked it up.
‘hello there. Its Tony Brown’s house’ she said
immediately she picked the call.
‘hello Rhoda, is Tony or Maria ther?’ the caller
asked.
‘yes but who is this?’
‘its me, Maria’s maternal grand mother’.
‘oh yes ,madam, good day madam’.
‘can you please pass the phone to either my
granddaughter or Tony?’
‘okay ma, sir Tony is not around now but hang on, i
will call Maria’ Rhoda said, placed the call on hold
and headed for Maria’s room.
‘Maria your grandmother is on the line’ she
announced.
‘why didnt you knock’ Maria retorted.
‘i’m sorry Maria. I thought you were…….’
‘lets go’ Maria interrupted and they both walked out
of her room.
To be continued