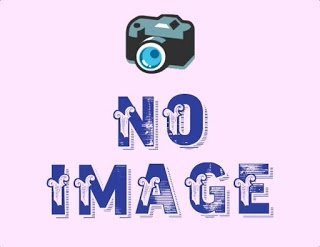 The music blared from the speakers placed at
strategic parts of the street. The mild movement of the wind did little to drown the smell of liquor. Everyone was having a good time.
Adaeze had stepped away for some fresh air
when the lights appeared out of the darkness. She recognized the car immediately. What was
Ade doing here? Since when did he attend block parties?
He got out of the car and a woman ran up to him. Adaeze ducked so she won’t be seen. She
could barely make out what he was saying to
the woman but the hug spoke for itself. Even a blind man could see that was no ordinary hug. Didn’t he say he was born again?
Shaking her head, Adaeze reached into her purse for her cell phone. She was going to take pictures of him. If she told Ndidi about this with just mouth she’d never believe her.
Her cousin was so caught up in the euphoria of love that no one could tell her anything.
“But today na today. I’ll present her with
evidence,” Adaeze muttered as she focused the camera. After all pictures are worth a
thousand words.
She always knew he was too good to be true. Her first indication was how he passed over all
her “fabulousity” and walked straight up to her
cousin when they were in Starbucks some
months ago. So what if Ndidi had helped him
pick up his papers from the floor. It wasn’t
Adaeze fault he spilled them and her skirt was
way too short for her to be bending over. Well if she had seen his face then she would have
made an exception.
In spite of that fact, it still remained a mystery to her how a man who stood at about 6ft 4in,
toned to perfection, with a shiny bald head to
match, be interested in ‘lil ol fat Ndidi. That
much swag and sexy, Adaeze was convinced
that God must have made him in the morning.
To top of his appeal, he claimed to love Jesus?
He was exactly the kind of man Ndidi claimed
she was waiting on, curled up with a book Friday nights while Adaeze went out on the town.
“No man like that will just fall in your lap,”
Adaeze had chided her cousin.
“I’m not asking him to fall. But I will go about my life and the right one would come along,”
Ndidi had said tucking her feet snugly underneath herself. Well now Adaeze had proof he isn’t the right one.
As her finger pressed hard on the click button,
she felt someone’s clammy fingers on her bare
shoulders. She turned around and her lips
dropped. She could have sworn he was just in
front of her. She turned back to face him, now
angered at the sly grin on his face. She figured
out, he probably saw the focus of her attention.
“Hi, I see you’ve ‘met’ my twin, Akin,” Ade said

? .
*The End*
HOPE YOU ALL ENJOYED THIS SHORT STORY,IF YOU DO KINDLY USE THE COMMENT BOX
Previous Post SEX ROBBERY AND DELIVERY SERVICE EPISODE 13
Next Post BEST METHOD TO RESOLVE GLO SIM BROWSING CONNECTION FAILURE