One Wrong Step By Tenniwealth 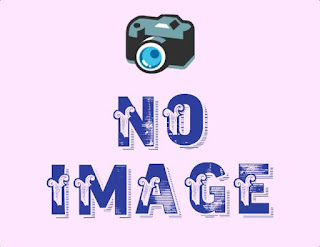 Stage 1.
Emeka was a young boy who love the things of God,
he believe in prayers and he never toil with God,
obeying God is the first thing in his scale of
preference. The young man was so serious with God,
he always woke up early  mid-night to pray and
cast demons out of him, many people address him as Pastor
Emeka. It happens that emeka rented a house and
was living in the house alone as a bachelor, the
landlord of the house was also living with his family in
that same compound. Emeka is a student of “st.
Micheal’s pastors college” in Nigeria, he have this
vision to become a pastor after his graduation from
the college. .
Stage 2.
Emeka’s landlord married for many years with his
lovely wife but was able to have only a child, the
child’s name is Susan, she is a grown up girl, she is
about 20 years old,Her parents loved her
so much because she is their only child, they give her
whatever she needs. Susan graduated from secondary
school but is yet to secure an admission to higher
institution. She have written so many exams but no
admission yet, so she normally stay in the house, she do go out atimes to visit some of her
friends after which she will come back to the house. .
stage 3.
Susan was a very nice girl, she is also a beautiful girl
and also educated. In that very compound, everybody
was living in peace and harmony. Susan knew emeka
as a young pastor who love the things of God, she
always greet him whenever she sees him, although
Susan is a beautiful girl but emeka never had the time
to look at her face or to admire her beauty. .
Stage 4.
One day something happened, it happens that in the
evening around 7pm, Susan was looking for a place to
charge her phone because there was no electricity
light that very moment, Emeka have a generator and
he turned it on that very evening, it seems that emaka
was the only one that have light in his house that very
night. so Susan took her charger and her phone to
emeka’s rooms. Susan: Please can you help me to
charge my phone? Emeka: Yes give it to me let me
help you and charge it. Susan: Is like you are watching
a movie? Emeka: Yes Susan: what is the name of the
movie? Emeka: The wind of Glory. Susan: Please can
i come in, i want to watch the movie. .
stage 5.
Emeka allowed Susan to come inside the room and
both of them were watching the movie together,
emeka have no chair in the room but only a bed, so
Susan sat on the bed while emeka sat on the floor
and both of them were watching the movie. They
watched the movie from 7pm to 9pm in the evening,
and before 11pm both of them slept off, the generator
also went off. It was around 1:am, emeka was also
lying on the same bed with Susan, when he turned his
body, he noticed that something is beside him, so he
raised his hand to touch the thing, his hand landed on
Susan’s b—-t, her b—-t was so soft in emeka’s
hand, it was then that he noticed that Susan slept in
his house. Many evil thoughts started flowing in
emeka’s mind, he could not remove his hand from the
b—-t. .
stage 6,
Emeka’s hand was still on Susan’s b—-t, so Susan
woke up also, devil possessed the two of them and
they could not hold their urge that very night. That
was how emeka had s-x with Susan that night, after
having s-x with her, she quickly went outside and
entered into their house. In the morning, emeka was
regretting his actions but their was nothing he could do about it.
After 3 months, it was announced that Susan is
pregnant, she said that emeka is responsible for the
pregnancy. emeka was just 24years and Susan was 20
years, Susan’s parents forced emeka to marry their
daughter and both of them got married. This was how
the devil ended the ministry and the vision of emeka from
becoming a pastor, he dropped out of the pastoring
school and now a married young man. Everybody in
the compound was surprised at the incident because
nobody believed emeka will do such a thing. The devil
had finally succeeded in destroying the carrier of this
young man called emeka. Emeka and Susan later
became food sellers, Susan was cooking the foods
while emeka is the one serving the food to customers.
………………THE-END………..
THINGS TO BE NOTED.
This story is titled One Wrong Step because of
emeka, he allowed Susan to enter his room, he should
have collected the phone only and when sussan
requested that she should come inside, he would have
said no and tell her that he will give her the movie
after watching it. The first step was allowing her to
come inside the room. The second step was allowing
her to seat on his bed. The third step was allowing
the devil to use him. The journey of a thousand steps
started with a step, if the first step is wrong, that
means all the remaining steps will be wrong also,
please learn how to resist the devil at the first step of
anything you are doing in life

0 thoughts on “One Wrong Step By Tenniwealth”