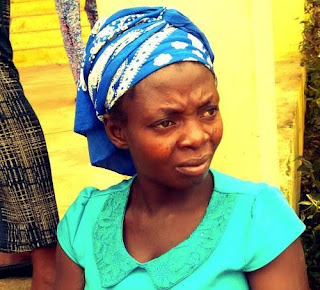 Ondo State Police Command on Thursday, August 25, rescued a 4-year-old girl who was caged in Akure. The girl, a pupil of Temiloluwa Nursery and Primary school, Imafon, Akure North Local Government Area, was rescued by the personnel attached to the Juvenile Welfare Centre (JVC) of the command.
Ondo State Police Commissioner, Hilda Ibifuro-Harrison, who confirmed the arrest to journalists from her office in Akure, said the culprit identified as Mary Matthew, a foster parent of the victim. She stated that Mrs. Matthew and her husband alleged that the young girl was possessed.
“On receipt of the information, personnel attached to Juvenile Welfare Centre (JVC) visited the scene and met the girl in the cage as reported. She was immediately rescued and taken to the Police Clinic for proper medical attention. The culprit was paraded at the Ondo State Police Headquarters Command on Igbatoro road in Akure,” Ms Ibifuro-Harrison said.
Narrating how she was severely abused by her foster parents, the victim said she made several failed attempts to run away because she was afraid of being killed.
“This wicked woman always tied me on my hands and forced me inside the cage while she flogged me with a horse whip every day,” the little girl said.
Mrs Matthew, a local farmer from Enugu State denied mistreating the little girl, accused her of being a witch and claimed to have taken care of the girl since the death of the girl’s biological parents.
“I didn’t put her in any cage. The place I locked her is my small shop and I always put her in the place anytime am going to the farm for cultivation,” she claimed.
The Police said the culprit will be charged to the court along with her husband after investigation.
Sourced From Sahara Reporters
Previous Post My Dirty Secret With My Landlord Daughter Episode 6
Next Post How to Send Message to all Facebook Friends in One Click