I The Episode I wutwi&2? 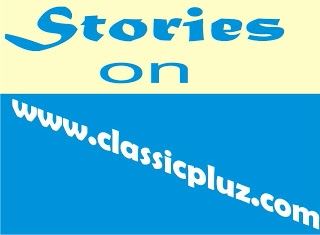 While his tongue went to work on her other Bosom, she gave his rooster another loving squeeze- and his Joystick suddenly seemed even larger to her. Pulling his foreskin tightly back, she could see that the mushroom-shaped head of his Joystick was sticky from the discharge that was oozing out from the tiny cut in the tip.

‘Are you coming?’ she asked, puzzled by the almost colourless fluid.

‘Not yet,’ he answered, momentarily lifting his mouth from her tit. ‘But i’m getting awfully close’

‘Then what’s this stuff.’

‘that’s seminal fluid,’ he answered. ‘that stuff leaks out when a guy gets real hot.’

As Meka went back to licking her tit, Deborah began spreading the clear oily fluid all over his knob with her fingertips. As more seeped out from the tiny hole, she began rubbing it over his rooster until it was slippery and shiny.

‘oh’ baby,’ he panted, taking his mouth away from her tit as he leaned against the back of the couch with his legs spread far apart on the floor. ‘Now really pump it. It’s time to bring me off.’

‘Are you almost there?’ she excited asked, stroking his prick much more quickly.

Deborah’s impulsively lowered her face to get a better look at his wildly throbbing rooster-head. She was only inches away from it when he suddenly shot his wad of Pour. Catching her completely by surprise, his legs jerked up from the floor and his first wild spurt all splattered over Deborah’s face. The second Pour hit her hair, and then another shot onto her bosoms.

When the youth’s climax finally subsided, her little black hair, face and bosoms were thoroughly saturated with Meka’s sticky Pour. Trying to wipe the mess up with her hands, the enormity of what she’d just done suddenly came home to her.

‘Meka,’ she said, glaring angrily at him. ‘put your stupid clothes on and get the hell out of here.’

‘What’s the matter?’ he gasped.

‘Don’t be so stupid,’ she shouted over her shoulder as she ran into the bathroom to get a towel. ‘just get out of this house.’

‘But you seemed to be enjoying yourself nah,’ he gasped as Deborah returned, trying to clean the sticky discharge off her body with a towel.

‘I guess I did,’ she sobbed. ‘And I’m thoroughly ashamed of myself. Now please leave.’

‘Are we breaking up?’

‘I don’t know,’ she cried, tears running down her Pour-soaked cheeks. ‘I just want to be alone. Meka, leave now!’

When Meka left, Deborah went to bed and sobbed herself to sleep.