{Must Read} A Bastard And A Slut Episode 1 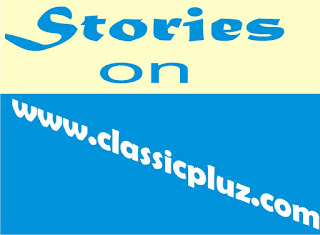 For Grace the ideal life of being a stay-at-home
mom had always been a mixture of great joy and
great disappointment. At times she was thrilled to

have the freedom to come and go whenever she
wanted during the hours of 8am and 3pm. She
shopped when she wanted. Volunteered when she
wanted. Visited friends when she wanted. And yet,
there were times when she grew bored and it was
boredom that had come back to bite her in the
Buttocks.
Several weeks ago a box arrived at her doorstep.
The return address identified the sender as C.J.
Winters from Greensburg, Pennsylvania. Grace gave
the package some thought as she carried into her
home and set it on the table. She pulled out a knife
and sliced through the taped seam, thinking about
what latest gadget, garment, or whatnot that she’d
ordered online. Nothing came to mind as she opened
the box and stared at the back of a manilla
envelope.
She picked it up, flipped it over and felt her chest
tighten. Her online screen name had been scrawled
across the goldenrod hued paper in a flourish of red
ink. She gripped the back of a chair and sat down
with a thud.
The muscles in her stomach twisted and knotted.
She flipped the box lid over and stared again at the
name of the sender. She tried to recall all the people
online that she’d talked to over the past seven
years. Where they came from. What their names
were. What their screen titles were. A blank canvas
filled her mind as her pulse raced.
In her head she prayed to God that there was
nothing to worry about. Tears filled her eyes as she
reached into the box and pulled out a disk, as well
as a stack of papers. A quick glance at the pages of
script confirmed to her what she feared. Thousands
and thousands of posts from 2005 until three days
ago were stacked neatly in a bound bundle. Her
hands shook as she opened the envelope and pulled
out a series of photos and a letter.
The photos were glossy prints of her and several of
her lovers. Men she’d met during those times when
8am-3pm were too boring to contemplate anything
but adventure in the arms of another. The letter was
simple and direct. She was to meet C.J. Winters in
three days, at a hotel 45 minutes from her home.