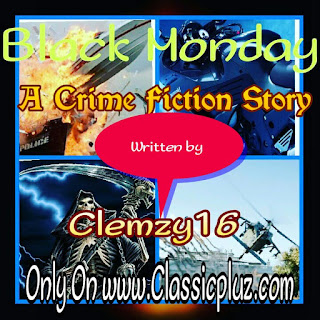 
The sounding alarm of Police siren soon overshadowed
the atmosphere in a rather sophisticated manner. Two
black Police hilux convoy had just accompanied a
Bullion Van carrying bundles of money amounting to
Millions of Naira into the premises of a new generation
bank located around a suburb area of Warri, Delta state.
The sudden presence of these highly sophisticated men
in uniform already sent panic into the air due to the
approach in which they mounted the bank environment.
Some persons at the ATM stand who wanted to make
withdrawals were immediately shocked as cold shivers
were sent travelling through their spines in a split
second, while some other persons could be seen

vehemently shaking, and this was not an exaggeration.
The Bullion Van, together with the Police escort vehicles
suddenly drove into the bank premises immediately the
gate was let opened by the security guard, and just
when everyone thought everything was back to normal,
they were taken aback by surprise, seeing another set of
two White Hilux SUV arriving the scene almost
immediately. The first Hilux then quickly followed the
Police escort that was already inside the bank premises.
As soon as the Bank security guard on duty realized
that these new set of Hiluxs’ were not assigned to the
Bullion Van, he attempted to swiftly lock the gate, in
order to prevent them from gaining full entrance into the
bank, and just then, a bullet was shot directly trailing
his head; he was hit instantly and died on the spot. It
was until then that it dawned on the bank customers
that they were trapped in the middle of a robbery
operation. The panic attack which the ATM users felt
earlier tripled rapidly, and they were now scared to the
bone due to fear of the unknown.
The first Hilux vehicle from the robbery squad was
inside the bank compound, while the second one was
parked outside. The robbers alighted immediately in
commando style and surrounded the whole place in the
speed of light. They were fully armed with assorted
rifles as they had disguised themselves wearing facial
mask and Army complete uniform. The Gang had ten
members on arrival, but twelve members in total;
excluding Jude who was yet to show up, and the overall
General, the main leader and First-in-command of the
Gang. More so, they christened themselves “The twelve
disciples” as part of their ritual and gang orientation.
These men from the underworld had aligned for this
operation by moving underwater having utilized a boat
from a nearby riverbank. Although, referred to as “Men
from the underworld” two female also belonged to this
gang of robbers, but during their ritual and initiation
process, their thinking faculty had thoroughly been
changed, so that they could begin to think and act like
their male counterpart. They no longer had a soft
conscience anymore, and showed no mercy before
pulling a trigger.
There was pandemonium everywhere, the bank
customers that earlier stood at the ATM stand were
now all heads flat, lying on the ground with fear written
all over their faces. Also, there were five members of the
Gang of Robbers that entered the bank with the first
Hilux, while the remaining five remained outside to
ensure that nobody tried to leave the scene until they
were gone, and also to exterminate any intruder that
wanted to infringe on their way to finishing the
operation successfully. Amongst them was ‘Preacher,’
the self-acclaimed new second-in-command of the
Gang.
Sooner than later, the five gang members inside the
bank premises stood strategically at different positions
and began shooting sporadically at the police men –
who in turn fired back, but were eventually overwhelmed
by the robbers as their bullets practically had no effect
on them. Put differently, the bullets didn’t penetrate into
their bodies which was a crystal clear sign that they
had been thoroughly cooked by the witch doctor that
prepared their protective charms. The entire police men
were dropped dead in the blink of an eye and this paved
way for the robbery operation to progress into the
second phase; except for the Bullion Van driver whose
life was spared.
The coast was more clearer now that the police men

were erased from the picture; Preacher then walked
inside the Bank gallantly, and came back minutes later
with the Bank manager who was physically shaking like
someone strucked with lightening. He was holding a key
on his hand, as he was made to open the Bullion Van to
behold a truck-load of money wrapped in bundles. Their
excitement knew no bound as they started packing the
money into the ‘GHANA-MUST-GO’ bags that became
five bags filled.
Upon realizing the purpose of their assignment, they
began carrying the bags to the Hilux vehicles that they
came with; But then, they couldn’t hide their joy, hence,
they began spraying bullets into the air, unknown to
them that the bank customers outside who were lying
on the ground would become more petrified whilst
hearing different sounds of gunshot ringing inside their
head, as though they were knockout. Extreme fear
instantly gripped about three of the bank customers
who came for withdrawals, as they swiftly stood up
running for their lives.
Preacher was vexed seeing that they tried to play a
smart game upon his leadership manner, which didn’t
quite go down well with him. Hence, he shot three of
them at intervals while they fell to the ground gasping
for breath. Preacher then walked closer towards them,
and again shot them several times to ensure that they
died a pitiable death.
“Send my regards to the devil when you get to Hell..”
He said aloud and made a sinister smirk.
Other members of the Gang were stunned as they
watched with rapt attention how their new so-called
leader had just pulled a stunt that people only get to
see in movies. They had never seen Jude pull such a
stunt before. Indeed, Preacher was trying so hard to
outdo his closest rival, as he wanted his fellow robbers
to acknowledge his Ruggedity.
Unsatisfied with the killings so far, Preacher walked
closer to the ATM stand and started shooting every
other persons lying on the ground, thereby killing them
with a feeling of impunity. His intention was to ensure
that anyone who witnessed the robbery do not survive
to tell the story. He had succeeded in killing everyone of
them but the last person who was a very pretty fair-in-
completion lady; Just then, he halted for a second,
while she was glued to the ground wailing and begging
for mercy. For a moment, it appeared as though
Preacher still had an ounce of conscience left in him as
he kept scrutinizing the lady from her head down to her
toe. Then he turned around and slowly began walking
away as if he wanted to spare her life, but turned back
almost immediately and aimed the gun at her head,
while about to pull the trigger, and just then, something
unexpected happened ?…….