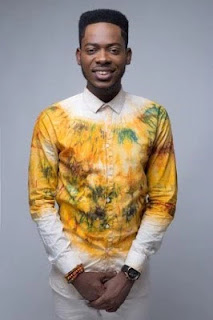 YBNL leader, Olamide has proven to be a
man of his word especially with his
relationship and deals with his signed
artists.
He’s repeatedly said he only signs a 2-
year deal with all his artistes after which

they are free to go.
With the exit of Lil Kesh from the label
on
the expiration of his deal in April 2016,
we now have feelers that talented
singer, Adekunle Gold may be the next in
line to leave the label.
Sources have now told us that Adekunle
Gold is next in line. ‘After his album
drops in June, Kunle may leave YBNL to
focus on his own label too’.
His new label we gather will be called
“ Gold Records“ .
Somehow the trend stays the same.
Olamide left ID Cabasa after dropping
the YBNL album which became his
record label name, Lil Kesh also left after
dropping his YAGI album which became
the name of his label as well.
Adekunle’s debut album is also titled
‘Gold’ which may very well become the
name of his own record label too

Previous Post How To Get 11.5gig On Mtn
Next Post How to Get Upto 5000 Calling Card Per day with MyLuckyZone